In mid-September, Horsham council received a position statement regarding Water Neutrality from Natural England, as explained here.  As stated on that page 'The Position Statement is a new material consideration and the consequence of this is that Horsham District Council is unable to determine current planning applications positively unless it can be demonstrated they are ‘water neutral’ and/or that they do not result in a significant effect.'

In addition, this position statement could have a far reaching impact on the, currently in revision, Horsham District Local Plan (AKA 'another spanner in the works', following the earlier changes to the National Planning Policy Framework) leading to more delays, possibly of the order of months.

And the snail?  As one of the rarest, most restricted and most vulnerable freshwater molluscs in Britain, it is highly endangered and only found on 3 sites in the UK - one of which is Pullborough Brooks, part of the Arun catchment.  Most of the drinking water for Horsham District, Crawley and parts of Chichester comes from a borehole at Hardham, south of Pulborough, and Natural England believe that excessive abstraction is harming the natural world, endangering various flora and fauna in the Arun valley, which is variously designated a SPA, SAC, Ramsar site and SSSI.  It seems this snail is rather fussy, and thus a good indicator of potential environmental problems.  Long may it live in Sussex!

At last Wednesday's full council meeting, I was pleased to second a motion from Cllr Liz Kitchen asking council to renew its previously stated (2015) strong objection to use of a second runway at Gatwick.  Reassuringly, the motion was approved unanimously, and it's worth stating its final sentence: 'To support the expansion of Gatwick Airport would be a contradiction to the climate change objectives of this Council.'

As ever, the devil is in the detail, and examination of the current consultation documentation shows that by 2038 Gatwick aim to increase passenger volumes by 34% without use of the additional runway, compared to a 62% increase with the second runway in use.  Neither is compatible with the policy suggestions from the UK's Climate Change Committee!

At the same meeting, I proposed a motion requiring the council to support national calls for 'a joint local & national government Task Force to plan action to reach net zero emissions'.  Clearly many other councillors support this view, as there is a clear disconnect between the policy proposals from the Climate Change Committee and the ability of local government (which is best placed to implement many of the necessary changes) to act.  I was pleased that the motion was seconded by cabinet member Cllr Philip Circus and was passed unanimously.

My hope is that central government is storing up a raft of measures as part of a CoP 26 beauty parade; but I am not holding my breath, given its relative inaction over the last decade.  Not long now before we find out!

Very remiss of me not to comment on the 25 Sept. launch of the Sussex Green Hub at the United Reformed Church in Horsham, especially as I was presented with this delicious birthday cake at the end of the opening ceremony! 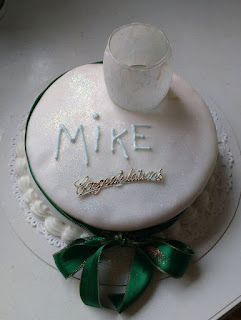 At the hub, which will be open from 10am to 4pm on the last Saturday of the month, there will be a range of environmental services, solutions and advice, along with lots of friendly and welcoming volunteers who want to help you take small green steps to save money and the planet. Plus a community café where you can enjoy a drink and light refreshments.
Another step up for the sterling efforts of Sussex Green Living and well worth a visit.
at October 16, 2021 No comments:

From today's Guardian:  I couldn't have put it better myself!

And here's a fine example from June in the House of Lords...

I suspect that many of you will be aware of Gatwick's expansion plans - there is a current consultation.  It will come as no surprise that I do not view these plans favourably, unlike the UK government, it seems.  If you share my views then I suggest that a quick visit to CAGNE will enlighten you.

What struck me today was a quote in The Independent from Rachel Maclean, the Parliamentary Under Secretary of State at the Department for Transport: 'The minister, who is in charge of government policy on the future of transport and decarbonisation, said flying was one of the things that "make life worth living" and that the government would not place restrictions on it.'  All I can say is try telling that to anyone who lives under a flight path or next to an access road.  I suspect that a slight rearrangement of those words with the addition of 'hell' and 'not' might be in their answer.

Then there's the increasing carbon footprint from aviation...

A ray of light in the darkness?

We sincerely hope that there's a ray of truth in this Guardian piece (picking up on an earlier Times' article).

If 'no longer will councils be required to adopt a zoning system in which developers in certain designated areas would get automatic planning permission' and 'Nor will the government any longer set local councils individual housebuilding targets, with the precise numbers to be determined by an algorithm' come to pass, then we will be back to local authorities determining their local need - or will we?!?

And the effect on the, still to reach Reg.19, Horsham District Local plan...?

Meanwhile, in the real world, as the Guardian comments 'Over the past five years, social housebuilding has averaged below 6,500 new homes a year in England, according to Shelter, while there are 1.1 million people on waiting lists.

Funny old full council meeting yesterday (the first back at Parkside for over a year).

Of note was a bit of a skirmish between the chief exec. defending the 50% workforce return plan (ie a mixture of office and working from home, to be reviewed in March next year) and some of the older Tory traditionalists.  Mike was happy to support our CEO on this one, given the potential carbon savings, not to mention all the other downsides of commuting!

Then there was a motion to 'support efforts to resettle those refugees' (referring to the current Afghan disaster of 'our' making), which somewhat myopically overlooked the increasingly poor treatment of refugees in general, as pointed out by Cllr Fletcher (Lib Dem).  The Borders and Nationality bill currently making it's way through parliament will not improve matters either, but will criminalise genuine refugees (as defined in the Refugee Convention which the UK help set up in 1951 - more enlightened times?) unless they arrive by a 'direct route'.

Finally, three member's questions on notice, all related to planning matters.  Firstly, Mike had it confirmed that members would have no potential input into a Climate Change Supplementary Planning Document until after the local plan was made (2023 if all goes well).  Then Cllr Milne (Lib Dem) encouraged Strategic Planning to get on with updating their 5 year land supply calculations (currently estimated by planning inspectors to be around 4.3 years - hence encouraging speculative development).  The latest official housing completion figures are eagerly awaited from West Sussex County Council.  And lastly, Bob highlighted the need to avoid building new housing that will require retrofitting to met net zero carbon emissions, although the reply from the cabinet member for planning and development was 'carefully phrased' to avoid any explicit commitment!

In mid-September, Horsham council received a position statement regarding Water Neutrality from Natural England, as explained here .  As sta...

Bob and Mike at HDC